The African Youth Foundation (AYF) is a unique organisation dedicated to give productive and socially beneficial meaning to the lives of vulnerable young Africans.

Imagine a world where good governance merges with appropriate policies, to make every country self-sufficient in the critical areas needed for sustenance and national dignity? It has unfortunately become a norm that any theme on Africa is reduced to theoretical clichés such as:

In reality, it is these very same corrupt politicians, who have enabled some western companies to thrive successfully in Africa, to the detriment of poor African citizens.

It is again the children of these very same corrupt politicians of the continent, who have managed to gain education despite their lack of educational access, to the level that countries like the United States, France and the United Kingdom especially, have drafted special migration programmes, to recruit these elites from the continent to work in their countries, to sustain their economies.

Regrettably, the children of these migrant groups of which the majority happen to be born and raised in Europe, who for no choice of their own, hardly have any links to the countries of their parents and I can conclude that, till their skin colour, are more Europeans than Africans, don’t feel like part of a big European union, because they are not recognised as Europeans. Their problems are treated with contempt and they are left to survive at the brink of most European societies, although given the chance; they could contribute a lot to a tolerant and multicultural Europe.

In this same unfortunate basket, we have no less than most of the African governments, who have also openly disdained their Diasporas, for reasons best known to them. They would rather consult and seek assistance from anywhere else, than their own diasporas. But the past 60 years have tested our wills and brought us in contact with an avaricious and aggressive way of life that has sought to undermine the very basis of our humanity. A life that tells us that, our governments cannot thread the path alone without their Diasporas. We shouldn’t forget that the resilience on the continent and in the Diaspora is what has kept most strong. Like the palm branch that sways in the storm but does not break, the Diasporas are those that have taken the blows, the awful, brutal blows of neo-colonialism and enslavement and have survived. Sure, it is a fact that some Diasporas have been broken down, shocked by the attacks, injured in the mind, and abridged in their growth, by the assaults on them, but for the most part of their resilience, it has been noble, because they still have the continent at heart.

The need therefore to assist these Diaspora Youth of Africa to announce their plight, is the raison d’être of the African Youth Foundation. The Foundation believes that helping the youth of the continent to conserve and develop their physical and mental strength through education, vocational training and improved living conditions, is the surest way to ensure their viability to society. The challenge for Africa therefore, is to find, through international cooperation, the means by which the continent’s Youth may be helped to develop their fullest capabilities of creative living.

We can’t put back the clock, but we can educate and enable young people to better choices. This migration and brain drain disease, took its time spreading, and it will take time to resolve. That is why at AYF, we are still working hard to establish a platform that can bring Diasporas and Africans on the continent together, to share ideas and contribute to the success of both continents through different educational projects.

Together, and with some will power, we can make a difference……! 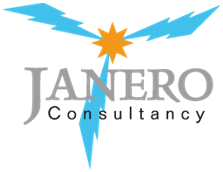